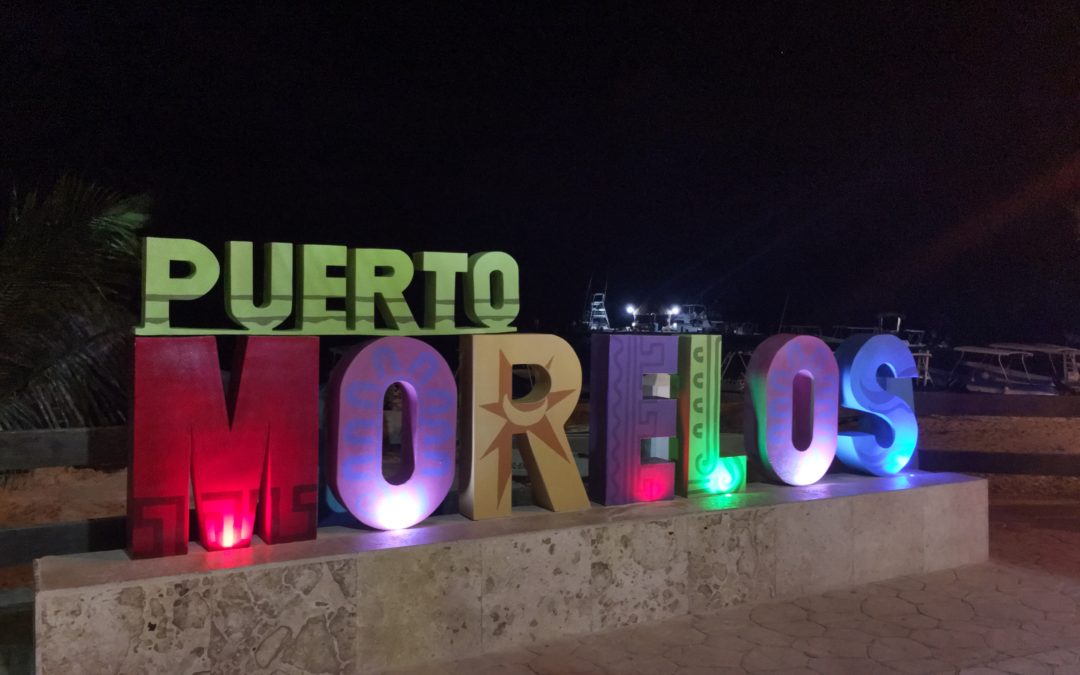 Upon learning that Gary & I were moving to Puerto Morelos, my friend Marie looked at me like I had 3 heads.

Marie had been to Puerto Morelos, and didn’t really dig it. And I get it: the beach isn’t nearly as beautiful as Isla Mujeres’ North Beach, or even Cancun or Playa del Carmen’s beach. The town is small, and there aren’t a lot of restaurants. There’s not a lot to do. And although there are folks to take you out snorkeling, or diving, there aren’t a lot of excursions, shopping for pretty things or general busy-ness that you get with larger tourist destinations.

…and sometimes the poverty is right there in your face, asking you for money.

Why would we want to live here?

But then again, we have another friend, Nick. Nick lives on Isla Mujeres. Nick wonders why we would want to live here?

And so, I think that there are a few different ways to answer that question:

Living someplace is different than vacationing there

The qualities that we were looking for in a vacation destination are different than what we look for in a place to live.

About 8 years ago, Gary and I spent a month in Belieze, and I think that trip was the catalyst in us trying to figure out how to be able to live on the beach. It started us dreaming, that IF we were to live on the beach in another country, what would that look like for us?

What would we do all day? How would we make money?

And so, we started the process of thinking about what we wanted our community to look like, and also, what types of things we wanted that community to have to be happy there.

Every year, we go on vacation for Thanksgiving. It started the first year we lived together. My mom had recently passed away, and we didn’t want to get into that whole “you need to come here this year because you went there last year” thing between our families

We started visiting different cities in Mexico. And we decided that we really liked it.

Mexican’s treat their culture with a lot more respect than American’s do – the way that they honor the dead during Dia de los Muertos as well as in their cemeteries and grave sites is just an example of how they respect their culture – not to mention how distinctively refined their food and art scene is.

Anyway, we were hooked.

So, when we were traveling to different parts of Mexico, we were evaluating each place based on the criteria, ‘would I like to live here?’

I think that’s a completely different experience for a vacation than, ‘are we having fun?’ Or ‘would I want to come back here?’

Because there are plenty of places that I love to visit, but I don’t want to live.

What were we looking for in a place to live?

Okay – so, what was on our list of qualities in a place to live?

One place we love to visit is Isla Mujeres. North Beach is GORGEOUS and when we go there, there’s absolutely nothing to do but go to the beach and read. It’s heaven.

They have some really good restaurants, and because it’s an island, we’ve always felt really safe being there.

We thought about moving to Isla, but there were a few barriers that we couldn’t get over:

So, we decided that we would cross Isla off of our list, but focus on other coastal towns on the east coast of Mexico’s Yucatán peninsula.

And that’s when we visited Puerto Morelos.

The beach is not as amazeballs as North Beach, or Cancun. However, nor does it have the obnoxious tourists that come with that, or the shop owners trying to hawk their wares.

It’s a small town 1/2 way between Cancun and Playa del Carmen, which means that we can take advantage of what each of those cities have to offer without having to live there. We’re 20 minutes from the Cancun airport, and about 30 minutes from downtown Cancun. And we can drive there whenever we want because we have a car (versus living on the island & needing the ferry and then cabs to get around the mainland).

Puerto Morelos is growing. Every time we visit, there are new restaurants and shopping businesses opening up, and there’s new construction for housing.

So, that’s why we decided on Puerto Morelos.

After 6 weeks, we haven’t found any reason for leaving here, but when considering the move, and where to land, we made the jump – rationalizing that at least it would get us TO Mexico. And if we decided that this wasn’t the place for us, we could always take day trips to other towns to explore if those were more our style.