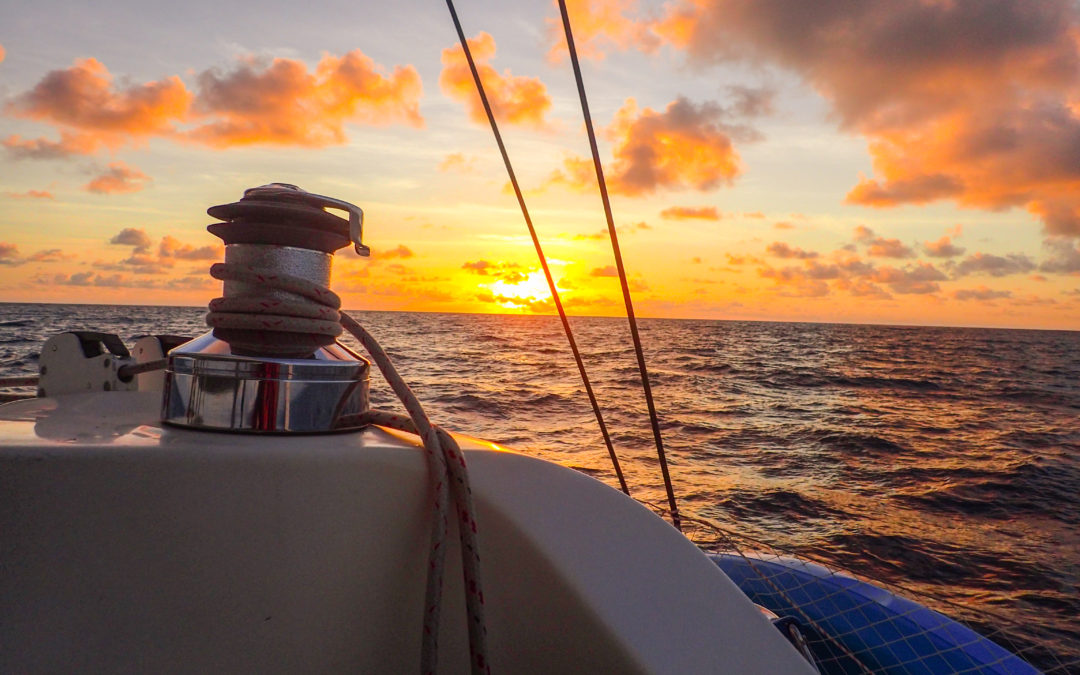 I was recently invited by some friends to be part of the crew sailing their catamaran from Mexico to Key West.

They’re normally based out of Key West, where they do sailing charters. Before Hurricane Irma hit Florida, they escaped Key West, and set sail for Isla Mujeres. Isla Mujeres is a small island just off the coast of Cancun.

We’ve been trying to sail back to Key West for about a month, but it’s been one storm after another.
Finally we were ready to set sail, and then hurricane Nate blew into the Caribbean.  We saw a good weather window open up right after the storm passed.

So last Friday, we popped over to Isla Mujeres. We decided to ride the storm out on Friday night on Isla, then set sail on Saturday.

This was my first time on an overnight, open-water sailing trip – it was great!

I was with a great group of friends, and I learned a ton.

The Makara is a 47-foot luxury charter sailing catamaran. 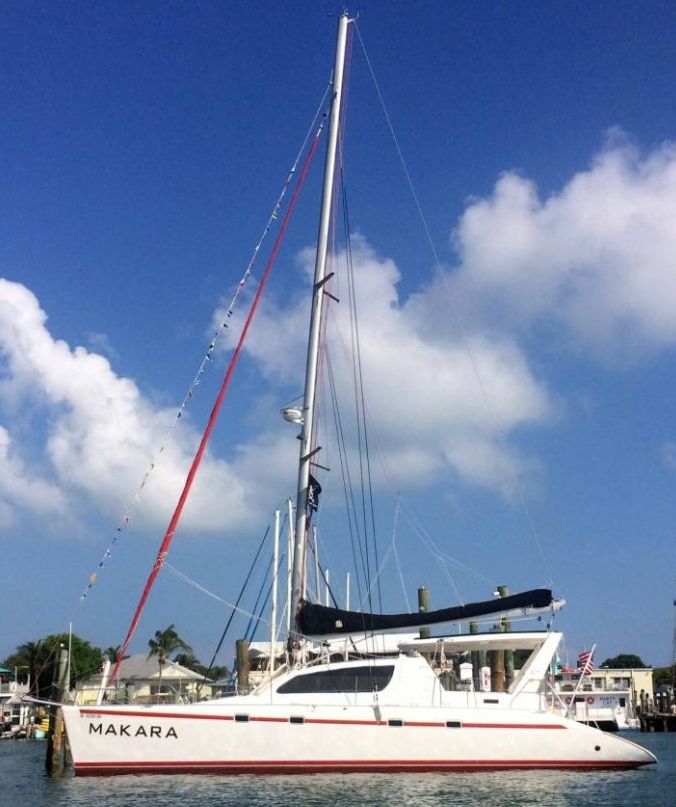 Lots more details about the boat are on the World Sailings Adventures site.

Total distance was 362 nautical miles. Average speed was about 8 knots, with a maximum speed of 13.0 knots.

It was nice weather, with just a small amount of rain here and there, and the seas were fairly steady. A few hours of occasional bumpiness, but overall it was a super nice sail.

You can’t just stop and anchor out in the middle of the ocean, so it was a non-stop voyage. We worked in 4 hour shifts – 4 on, 4 off. We were either manning the helm, available as support for whoever was manning the helm, or catching some Z’s.

Here’s a short video with some highlights from the trip.

Next spring they’re sailing to Bermuda, then to the Azores, then on to Ireland and Scotland.

I’m already trying to figure out if I can make it work and be onboard for at least part of that trip.