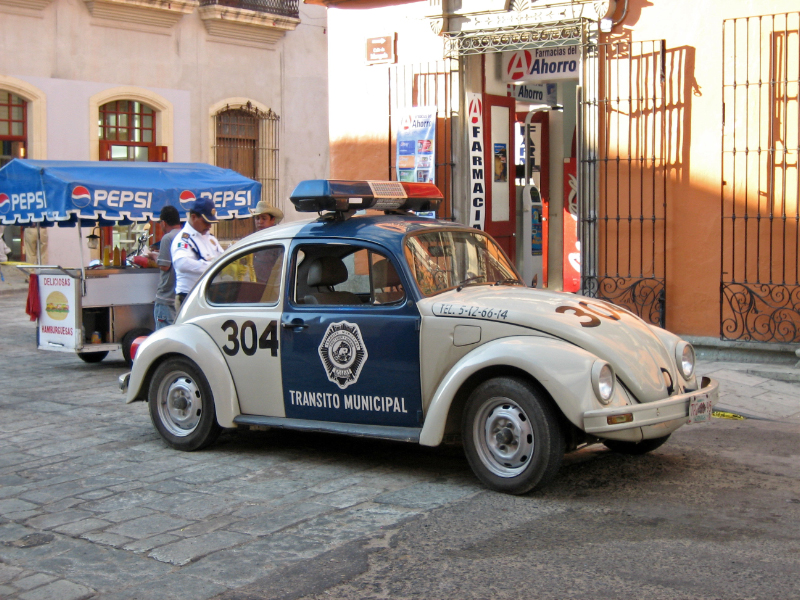 This week I received my first traffic ticket in Mexico for speeding. Dang! I can’t even remember when the last time I received a ticket in the US – it’s been many years.

We were driving down to Playa del Carmen for dinner, and just south of the police checkpoint in Playa del Carmen on highway 307, there was a bunch of Transito cops setup with a radar gun pulling people over.

The posted speed limit between Puerto Morelos and Playa del Carmen is 100 km/h. Then there’s a slower speed limit sign as you approach the checkpoint, and then – nothing. There are no further signs between the checkpoint and where they were setup. They said I was going 105 in a posted 80 zone. They said there was an 80 km/h sign just after the checkpoint. I went back 2 days later, and indeed, there is not an 80 sign.

Regardless, I wasn’t up for the challenge of trying to fight the ticket.

In Mexico, when you get a ticket, they physically take your license, and you have to go to the police station, pay the ticket, and then they give you your license back. It’s a bit of a hassle, but I think it’s an effective way to get you to pay.

Two years ago, Elizabeth got a ticket in Cancun, and there were a bunch of hoops she needed to jump through to get her license back. She needed ID to get into the facility (“But, you have my ID!”), and then she needed copies of her ID (even though they had her ID!), and then back and forth between windows.

Anyway, two days later, we drove back down to Playa to pay the infraction and retrieve my license. After Elizabeth’s experience in Cancun, I was prepared. I had multiple copies of my license, and backup IDs. Turns out, none of that was needed.

We went to the police station in Playa del Carmen on Sunday morning around 10:00 AM, and the officer out front directed me where to park, and where to go to pay.

Here’s a map of where the station is – on Calle Petempich. It’s actually pretty easy to find, as there’s an exit for Calle Petempich on the highway. It’s a large walled complex, with a white wall with blue stripes. Pretty obvious.

You don’t go to the large main building. Instead, there’s a smaller building just to the right of the main building with a sign that says Tramites y Servicios. That’s where you want to be.

When we walked in, there was only one other man there being helped – no lines – sweet!

I paid cash. I didn’t try to pay with a credit card. And, of course, they had trouble making change, which is par for the course around here. But, between the cashier and myself, we scrapped together the exact right amount.

When we first walked in, one of the officers looked at my ticket, and mumbled something in Spanish I didn’t fully understand. The part I did understand was No descuento (no discount). I didn’t even know there was an option for a discount! Guess I need to do some more research on that!

Overall, the process was super quick and easy. I think the hardest part was figuring out exactly where to go. Hopefully this post helps you out should you find yourself in a similar situation.