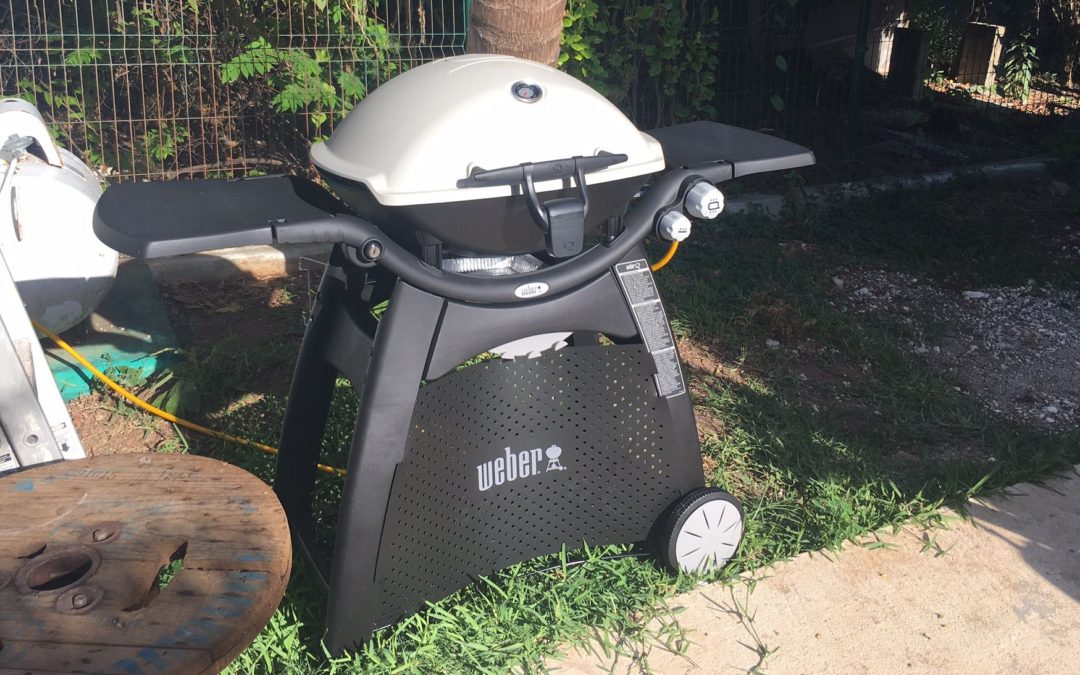 For the first couple of weeks here, we struggled a bit with cooking. We were still getting settled, plus we wanted to revisit our favorite restaurants now that we were back in town. But mostly, we were at a bit of a loss for what to do about dinners.

Back in Texas, we grilled almost every night. (and by “we”, I mean “mostly Elizabeth”). And yes, we grilled. We did not BBQ. BBQ, especially in Texas, typically means long, slow, smoking of meats. Delicious  – but not quick.

For the majority of our dinners, we grilled some protein (beef, pork, chicken, shrimp), and then also grilled some veggies (asparagus, bell peppers, zucchini, yellow squash, etc.). Grilled meat and veggies – it was our mainstay.

We has a Weber Genesis grill back in Texas that we loved. It was originally propane, and then I converted it to natural gas. Weber grills are awesome. They’re well made, and built to last. Plus, replacing parts on them is easy.

When we arrived, we didn’t have a grill. Well, technically, there is a small charcoal grill. But, charcoal grilling takes more time. And cleanup. We were used to gas grilling. Turn on the gas, light the flame, wait 10 minutes, throw on your food, and in 15 minutes, dinner is ready. No muss, no fuss.

So after a few dinners of stove-top cooking, we knew we wanted a gas grill again.

Checking out grills at Costco, Walmart, and Home Depot in Cancun – pretty much all grills were charcoal / wood. We did see a few propane grills, but they were pretty cheap. But I tracked down a Weber grill dealer in Cancun. 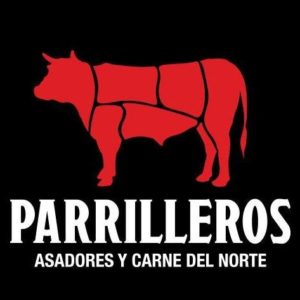 My buddy Mike and I headed into Cancun, and came home with a new Weber Q 3200 propane grill.

Ring up Teo the Plumber

The houses here do not have natural gas running to them like we do in the US.
Instead, each house has a large propane tank, which is used for cooking and the hot water heater. I wanted to hook up the grill to the house propane tank, rather than dealing with refillable 20-pound tanks.

My buddy Mike called up Teo, a plumber he knows, who showed up an hour later. In my best Spanglish, explained that I wanted to hook up my new gas grill to the propane tank. No problemo, he would be back tomorrow.

The next day, he shows up with a flexible gas line, a T-connector, and a shut off valve. Half an hour later, we’re all hooked up and ready to go.
Total cost, 700 pesos. About $35 USD. Thanks Teo! 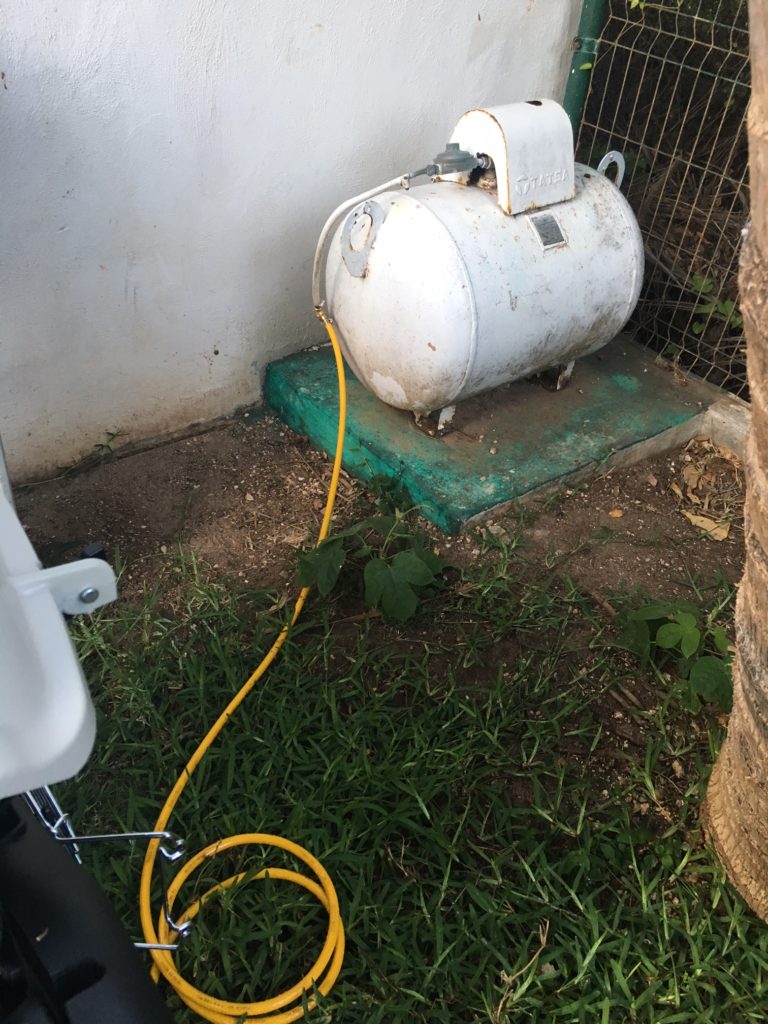 Back in the dinner groove

Now we’re back to throwing some protein and veggies on the grill. Quick, easy, healthy.
Plus it doesn’t add a lot of extra heat to the house – like when you’re cooking with the stove top or oven. 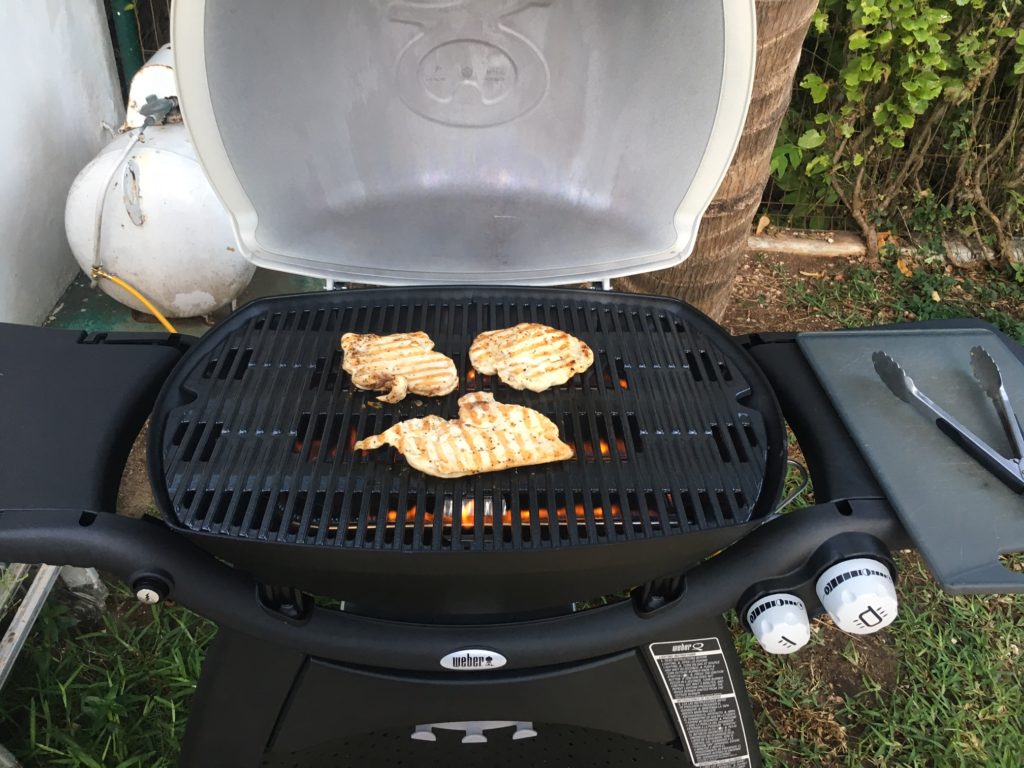 First test of the new grill

The next night we made skirt steak, homemade pico de gallo, avocado, and grilled peppers. 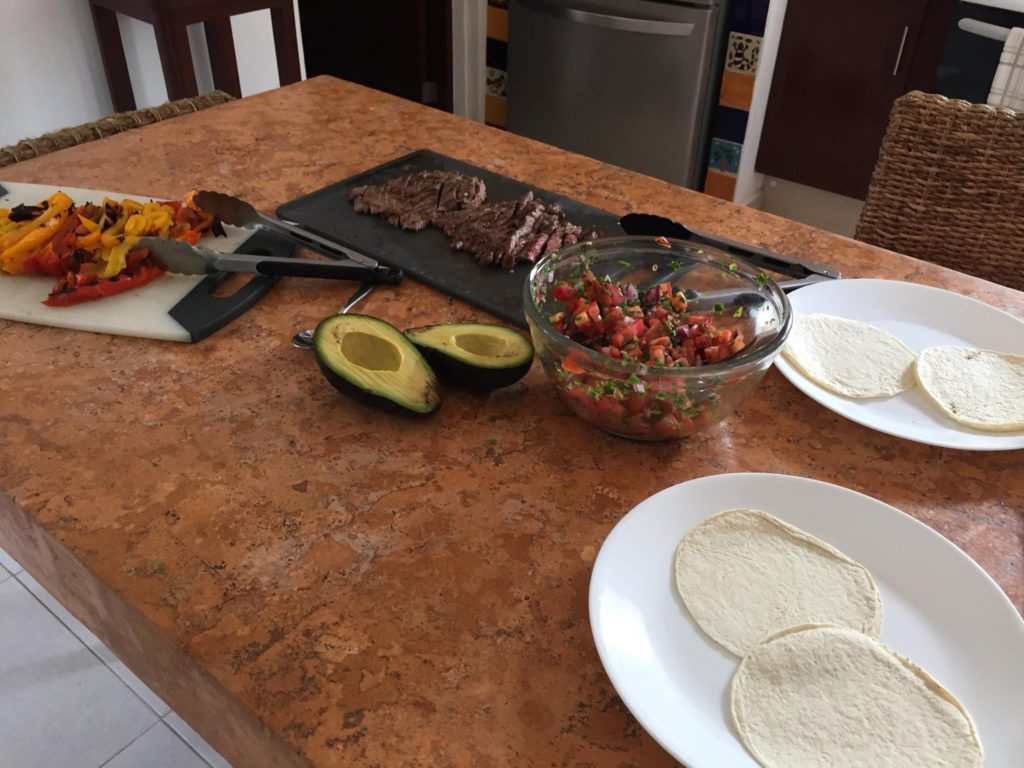 Plus, fresh corn tortillas from the tortilleria around the corner. They were still warm when we got them.
About 25 cents US for 1/2 a pound of tortillas. 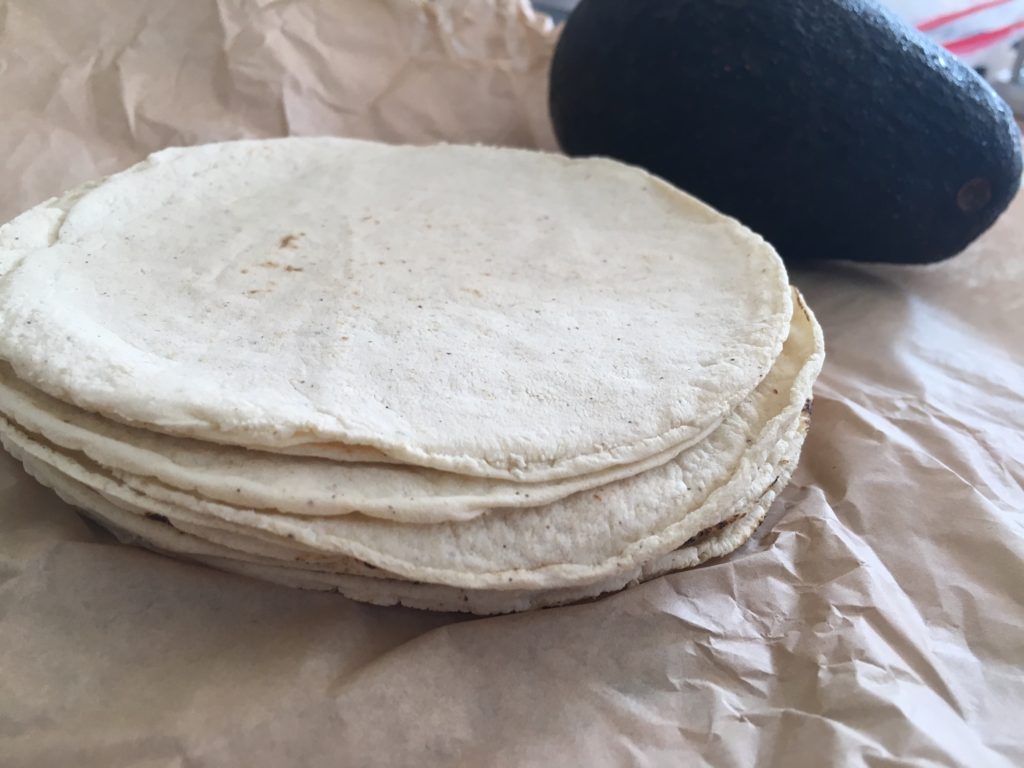 Warm tortillas from the tortilleria around the corner from our house

We’re not trying to re-create our US life down here in Mexico, but there are some things that just work for us, that we would like to maintain. Gas grilling is one of them.