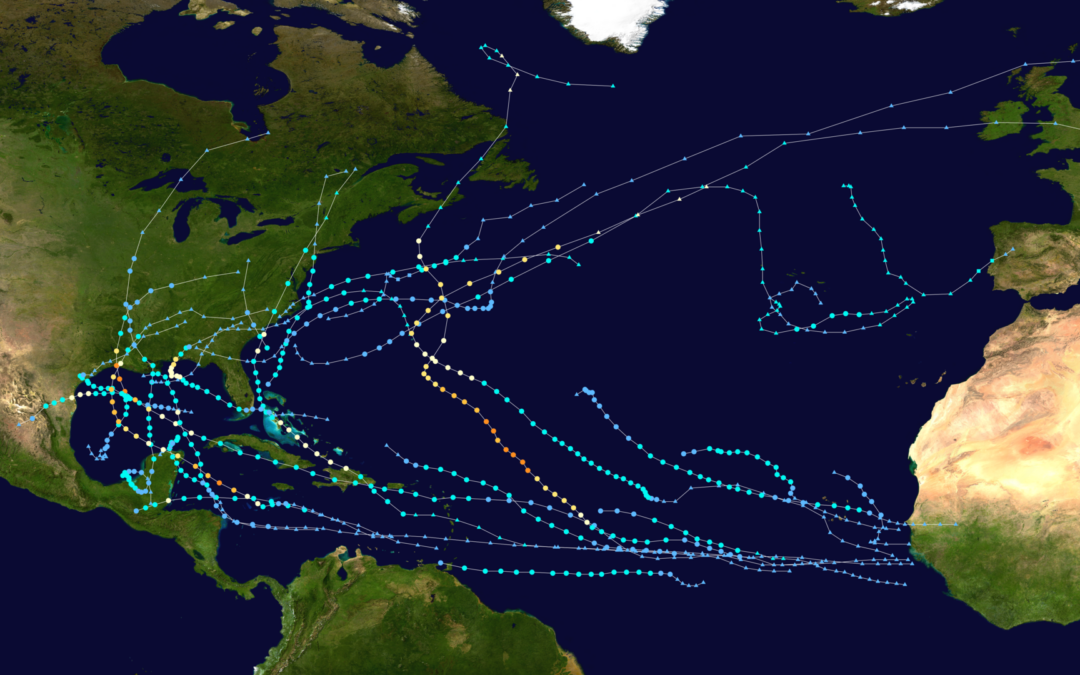 The hurricane season here normally lasts from June through November. It’s been quite a season so far.

In August, we had Hurricane Marco. This one was looking pretty dangerous, so we battened down the hatches, and were prepared. Closed all of the hurricane shutters, brought in all the outside plants and furniture, charged all of our batteries, made sure we had food and water, and we were ready.

Then – almost nothing. It veered North, and we just got some rain and wind. Nothing major.

In October, Tropical Storm Gamma rolled on through.

We were right in the path. Looked scary, but ended up being just some rain and wind. We did lose power for a while, but that’s about it.

Then, a few days later – Delta.

Hurricane Delta was up to a Category 4 hurricane, and headed directly towards us.

This was looking bad.

We were especially worried about our roof. Part of the inside of our house is covered by a palapa roof, including my office and the living room. The roof is past the end of its life expectancy (about 7 years), and already has some small holes in it. We were worried it would either tear off completely, or else leak in a major way.

So we left. We prepped the house, packed up the car with our important stuff, and the dogs, and headed South. We drove down to Bacalar, which is about 4 hours South of us. We rented an AirBnb for a few days. We had a hunch that Puerto Morelos would be without power and internet for a while.

Luckily, Delta lost some power, and was down to a category 2 hurricane when it made landfall. It was a direct hit to Puerto Morelos.

There’s some crazy stories from our friends who stayed – the eye went right over our town. In the middle of the storm – 45 minutes of eerie quiet. No wind, no rain. Weird colors in the sky. Then all hell broke loose again.

Power and internet was out in the town. We were glad we left.

We returned a couple days later. We had some minor damage to the house, but luckily, nothing that can’t be easily fixed. We were pretty worried about our palapa roof, but it survived, without any roof damage.

We did have a very large palm tree that started to lean too far, and was pulling out of the ground, so unfortunately, it needs to be cut down, before it falls down right onto the house.

Luckily for us, we got our power back the day we returned. And our internet service was working as well. From what I understand (from a friend who has a generator), is that the Telmex Fiber Optic never seemed to go out. As soon as he fired up the generator, and the modem got power, it worked!

Unfortunately, some of our friends and neighbors weren’t so lucky. Some houses have been without power for a week now. Crazy.

As if 2020 hasn’t been crazy enough, this hurricane season has been the busiest we’ve seen since we’ve moved to Mexico. Hopefully the rest of the season is quiet. Looking forward to a less-crazy 2021.